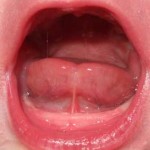 We get asked a lot for recommendations for independent providers that treat tongue tie in other parts of the country, so I thought some discussion around helpful things to ask when deciding who to use may be useful to some.

There isn’t currently an exhaustive list of providers in the UK as UNICEF highlight; those currently available require hospitals to submit their details.  Some organisations like the ATP offer a directory on which practitioners can list their details on as part of their paid membership – but there’s no requirement for practitioners to join the ATP, meaning some of the big players like Kings College London don’t feature.

The other problem at the moment is that there are wide variations in who is performing the procedure, services offered, and how satisfied parents are with the quality of both the treatment and care received.

Infant feeding, particularly breastfeeding is a complex field; check out what is required to become an International Board Certified Lactation Consultant (IBCLC) here.

There are two bodies involved, one of which has been grown in and just emerged from a rather small space.  Assessing feeding isn’t as simple as if there’s pain or a shallow attachment plus a visible frenulum, we can assume the problems stem from that.  Indeed some or all may, however if labour and delivery have been of the more interesting variety, if there’s been induction with slower progress to follow, a very rapid exist or manual assistance – they can all impact on how comfortable baby is even held in a breastfeeding position, how wide they can gape, how much they’ll tip their head back and how well they can attach.

Effective feeding needs baby to make and sustain a big wide mouth (like eating an apple), sometimes they can’t.  Sometimes this is due to a tie, sometimes it’s related to labour and delivery or another reason and sometimes more than one reason is at play.  Taking a history of what has happened so far, offering a gloved finger for baby to suckle so they can feel what they’re doing with their mouth.lips and tongue, watching how they attach – what their hands and body is doing and when are all important as this whole picture is needed.

We’re now in a more difficult position due to NHS budget cuts.  Numerous senior infant feeding staff and teams have had hours and funding cut or been disbanded entirely, leaving others to fill the gap.  Many work incredibly hard to do so – sometimes undertaking all the above without any specialist training to assess fully (this is discussed in more detail here).

If babies are referred internally to a specialist infant feeding team or senior midwife for treatment, further assessment is likely to happen before treatment anyway; but if referring externally to someone without an infant feeding qualification or experience (ie a dentist or private surgeon), the initial diagnosis becomes critically important in determining outcome.  Some private practitioners who are not IBCLCs work alongside them to ensure quality of care, others feel the community care offered is adequate and that ethically their only requirement is to release the tie.

Some providers have a social media presence to enable parents to feedback and forums like closed groups to help provide ongoing support.  Some allow reviews on social media and resources like Google, whilst others don’t have anything but their web page.

If the latter, using groups and pages on Facebook to ask others about their experiences and search for feedback alongside the lists can be invaluable.  Alongside the UK tongue tie group on Facebook (facebook.com/groups/tonguetie) and the Scottish group (https://www.facebook.com/groups/960034197363209) most areas have local breastfeeding support groups listed, where you will find people knowledgeable about local support and services.

Parents are very often not aware there are significant differences in the service offered and so whilst the lists can give you an idea of what’s available in your area, it pays to do more digging.

1. How long is the session and what does it include?

Some services are as short as 10 minutes, others are an hour or more.  Some are just a “release and run” to free the frenulum, others provide infant feeding support and ongoing aftercare during the healing period.  There’s huge differences across the board in what is offered and for what price and there are big differences in what parents want and need from their provider:

Some offer a rapid service of 20-30 minutes to assess and treat the tie.  They may have feeding support linked via local groups or infant feeding teams, whilst others can expect you to find your own support to go with the treatment. This sort of service typically costs around £90-£120, although some charge significantly more.

Others offer longer slots that allow time to look at the whole picture – to learn about labour, delivery and what has happened prior in terms of feeding.  They’ll typically observe baby latching and feeding (on breast or bottle), perform an oral assessment and have a thorough discussion about feeding, what to expect afterwards and so on.

IBCLCs can if necessary tailoring support such as feeding plans to suit the family and keeping in touch as needed for ongoing support. This typically costs £150+ depending on whether clinical rooms are hired and what level of aftercare is offered via phone/email etc – again some are substantially more or less depending on location, costs, what’s included, experience and so on.

Some work holistically alongside other practitioners and communicate to co-ordinate care.  As is discussed below, aftercare is the number one thing parents I spoke to when writing this blog, felt was important; this link highlights how for some simply snipping a frenulum isn’t going to result in an instant resolution: http://www.happykansasfaces.com/…/tether-berg-or-tether-floe.

It can be very easy for parents to be left stuck post-treatment and yet we sometimes discover that throughout the entire journey, they haven’t seen anyone appropriately qualified in infant feeding.

Some have different options and different prices, but all should be transparent and happy to discuss what is included.

There is a wide range of prices depending on the area, surgeon, whether it’s a hospital or at your home and so on (hospital rooms are expensive and thus typically bump the cost).  A private hospital ENT may charge £200-£600 for a short consultation and the division.  Some charge the bulk of their fee for the consultation, with a smaller additional fee if the tie is treated and others have a fixed rate.

More recently some dentists have started offering a service, similarly it’s prudent to check what’s involved and included for the price quoted.  It’s also worth checking what they’re treating with; some are now offering laser treatment which is discussed here.

“Many tongue-ties are asymptomatic and cause no problems. Some babies with tongue-tie have breastfeeding difficulties. Conservative management includes breastfeeding advice, and careful assessment is important to determine whether the frenulum is interfering with feeding and whether its division is appropriate.”

3. What happens immediately after the procedure?

Some services treat the tongue tie, give it a moment to stop bleeding and then send parents on their way to feed elsewhere or leave if it’s a home visit.

Some provide a space such as a corridor or waiting room where parents can go.

Some build in time for parents to calm, feed and get baby settled with the support of the midwife/IBCLC.

4. Do you offer follow up appointments and what’s involved?

Most practitioners will be happy to provide a free follow up to check the wound site if you have any concerns about healing or reattachment.

Some offer ongoing feeding support and offer follow up appointments, where parents can get more in depth help or ongoing help beyond just the tie.

Kat says: I would ask about their experience dealing with posterior tongue ties. We saw two providers (one NHS & one private) who tried to argue against further revision because it would need a general anaesthetic and there was a significant risk of “bleeding out”. My son had insufficient growth requiring hospitalisation as a result of the posterior tie, it was only when it was released (without GA and without heavy bleeding) that he quickly begin to gain weight and catch up. We’ve since learnt others were dissatisfied with the treatment they received at the same clinics and the information given was not evidence based, it was really difficult at the time not knowing who or what to believe.

Sarah says: I’d ask if they were IBCLC, how long they had been treating tongue ties and whether help was on offer in the hours and days after the treatment. My baby was really fussy for the first 24 hours and being able to text and pick up the phone to check what was normal and get extra expert help was invaluable.

Lisa says:  I just wanted the tongue tie treating ASAP as I thought that would be the answer to everything.  I wish I had spent more time looking at different options and not rushing in.  We had no support when it didn’t instantly fix our problems and overall things took much longer to sort out.

Zoe says:  I thought tongue tie release would fix things.  When it wasn’t I was distraught as our surgeon said he felt the treatment had worked and I could bottle feeding to help our son gain weight.  We ended up seeking support from a private IBCLC who did a home visit and although not formally trained, said in her opinion he still wasn’t moving his tongue properly and we should get it checked by someone else.  We did and she was right, his feeding improved within a few days of the second treatment.  They breastfeeding support helped us to know when he was feeding well and when he was worn out and needed extra milk so we felt confident he was getting enough. They were at the end of the phone for weeks updating our plan, helping us cut out the formula again and some days just making me laugh when things were hard, without them I wouldn’t be breastfeeding now.

Do you agree and what other tips would you share with parents?